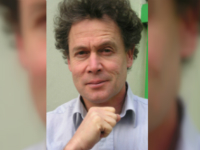 Ghent University (BE) has awarded the Sarton Medal to historical sociologist <link people johan-heilbron>Professor Johan Heilbron for his significant contribution to the history of the Social Sciences. The medal will be awarded on April 24, 2014 at the University of Ghent. Prof. Johan Heilbron is one of the leading researchers in the field of the social and intellectual history of the Social Sciences. He is Professor of Sociology at the Erasmus University Rotterdam and research director at the Centre européen et sociology Science politique de la Sorbonne.

He is the author of Het ontstaan van de sociologie, which first appeared in 1990, while an English translation appeared as The Rise of Social Theory in 1995 and a French edition as Naissance de la Sociologie in 2006. He is currently completing a new monograph, provisionally titled French Sociology.  He is co editor of The Rise of Social Sciences and the Formation of Modernity : Conceptual Change in Context , 1750-1850  (1998), as well as of Pour une histoire des sciences sociales . Hommage à Pierre Bourdieu (2004) .

The Sarto Medals Ghent University were awarded for the first time in 1986 . The Sarton Medal is a " lifetime achievement award " . The Sarton Medal is named after American science historian George Sarton. This prize is awarded to scientists who have distinguished themselves in the field of the History of Science.