On the hundredth anniversary of the Erasmus University Rotterdam, or Dies Natalis, the university is conferring eight honorary doctorates, one from each faculty or institute. Among them are four honorary doctorates of the faculties and institute of the Graduate School of Social Sciences and the Humanities.

Several events are organised to honour the recipients. Visit our <link events>event page for a detailed overview 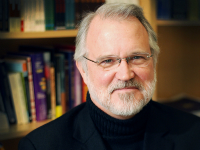 Craig Calhoun is an American sociologist and an advocate of using social science to address issues of public concern.

Since 2012 Calhoun is the Director of the London School of Economics and Political Science.

With Richard Sennett he co-founded NYLON, an interdisciplinary working seminar for graduate students in New York and London who bring ethnographic and historical research to bear on politics, culture, and society. 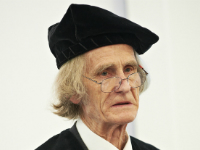 Robert Chambers is the founding father of participatory development research, an approach focussed on the role and influence of local stakeholders in the development process.

His research methods have helped build modified approaches to understanding poverty and livelihoods.

The ISS selected Robert Chambers for this EUR Honorary Doctorate in recognition of his exceptional contribution to participatory development research and methodological reorientations. 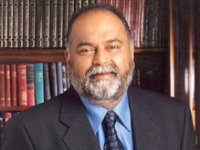 Arjun Appadurai is a prominent contemporary social-cultural anthropologist and currently the Paulette Goddard Professor of Media, Culture, and Communication at New York University.

The nature and significance of his contributions throughout his academic career have earned him the reputation as a leading figure in his field.

His influence extends well beyond anthropology as his work has been espoused by historians, economists and media scholars worldwide. 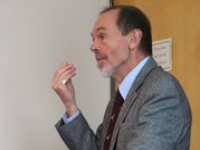 Philip Kitcher is a British philosopher of science, whose research focuses on biology, mathematics.

More recently his work is concerned with the ethical and political constraints of scientific research, the evolution of altruism and morality, and the apparent conflict between science and religion.

Kitcher obtained his PhD in History and Philosophy of Science at Princeton University in 1974. Currently he is working as John Dewey Professor of Philosophy at Columbia University.